R: I did. And I was so shocked to see the “muddy ground pickled vegetables” from a pickle supplier for popular instant noodle brand Master Kong, which I used to enjoy in the middle of massive tasks.

S: I know. Fields, where workers made pickled vegetables, are muddy grounds littered with cigarettes, and workers were found smoking and stepping on the vegetables with their bare feet as they worked, CCTV reported in an investigative story that aired on the gala.

The topic with the hashtag "muddy ground pickled vegetables" soon topped China's social media platform Sina Weibo, with 180 million views and 30,000 discussions the next day. Consumers were shocked and angered by some enterprises' problematic sanitation conditions and lack of food safety management, as revealed on World Consumer Rights Day.

R: In response to the scandal, Master Kong, China's largest instant noodle maker, admitted that it had purchased the pickled cabbage concerned to produce a kind of popular instant noodles. Master Kong further said it has since suspended its cooperation with the pickled cabbage supplier concerned. It also apologised for its lapse and said it quickly ensured all related products were taken off the shelves.

S: But it was too late, as shares of Hong Kong-listed Master Kong dropped 2.31 percent on Wednesday, after tumbling more than 14 percent intraday. And there’re more scandals revealed on food safety issue, such as Shuanghui, a slaughtering and meat processing company based in Central China's Henan Province, was also found to have problems in one of its factories. Pork chops that fell to the ground were picked up and packaged. Shuanghui later apologised, sealed 310 kilograms of the products in question and suspended the work of the person in charge.

R: While law enforcement authorities have responded swiftly after food safety problems occur, experts call for tougher punishment on violations of food safety rules. According to the newly amended Food Safety Law, which took effect in 2019, in addition to punishment for enterprises, individual workers violating the law in cases that have serious consequences can be fined 10 times the income they earned from the enterprise in the previous year. However, the implementation of relevant regulations at the local level is not efficient, where fines are usually low as local governments need to take local jobs and economic development into consideration. Compared with fines of hundreds of millions overseas, the cost for crossing the food safety red line is relatively low for domestic production enterprises, a veteran food industry observer said.

S: On the other hand, this year’s 3.15 show also cast focus on fraudulent practices in the country’s $188.3 billion live-streaming sector, which has attracted Beijing’s scrutiny. This year featured criticism of how some live-streaming e-commerce shows induced male followers to send gifts to attractive, female internet influences, who were later impersonated, in some instances, by male members of staff. The show highlighted a company named Juxiang Huyu, which used a staff team to keep in touch with men who had sent gifts, which could be redeemed for cash, to internet influencers enticing them to send more money and tips.

R: The show also highlighted the dangers of consumers being persuaded to make snap purchases during live-streaming e-commerce shows. It put its finger on an online jewellery store, which invited jade suppliers to its live-steaming show who then promised buyers a discount. However, the TV show conducted a secret interview with an employee who alleged that the suppliers were actually actors.

S: The fact that live-streaming has been shamed on the high-profile show indicates that Beijing still has its eye on the industry. iiMedia Research Group estimates live-streaming online shopping was worth 1.2 trillion yuan in 2021. But the sector has weak controls of product quality and counterfeits from providers. The industry gained added traction during the pandemic, as more people shopped at home during lockdowns and quarantine procedures. But fresh criticism of the booming live-streaming sector comes after some of the industry’s leading lights have been fined millions of yuan for tax evasion by the authorities, including Viya, Xueli Cherie, Lin Shanshan and others.

R: Apart from what we have discussed, the gala also exposed cases of violations of consumers' rights, including the fast download traps, blind boxes, smartwatches for kids being hacked, manipulated business reviews, and many more. And the companies are trying to fix the problems. For example, Douyin has banned the live-streaming room CCTV exposed for having a male anchor who pretended to be a woman to get viewers to gift money.

S: We expect the relevant industries could step into a healthy, benign, and orderly development path through better self-regulation, tougher government oversights and punishment on violations.

On a different note, Chinese stocks continued its rally on Friday, with the benchmark Shanghai Composite Index up 1.12 percent and the Shenzhen Component Index closed 0.31 percent higher. Shares related to building energy-saving and coal posted stellar performances, while shares of digital currency saw major losses. Hong Kong stocks fell, halting a stunning two-day rebound in Chinese tech stocks, as investors wait for China to deliver policy measures to complement its vow to shore up the economy and stabilise the market. The Hang Seng Index retreated 0.41 percent and the TECH Index closed down 1.92 percent. 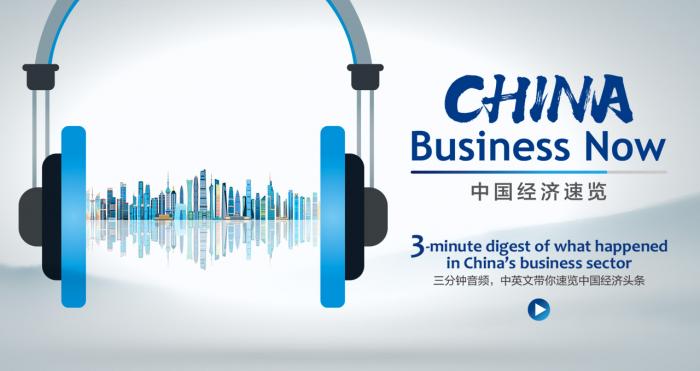